Get fresh music recommendations delivered to your inbox every Friday.
We've updated our Terms of Use. You can review the changes here.

LIVE at the Gallery 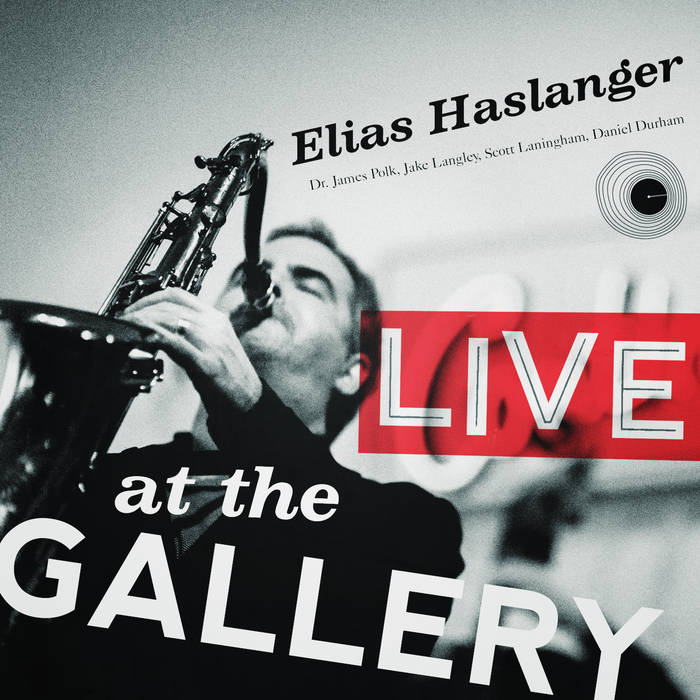 Cherrywood Records is proud to announce the release of LIVE at the Gallery the latest recording from critically acclaimed jazz saxophonist, composer and arranger Elias Haslanger.

A follow up to the Elias’s successful 2012 release Church on Monday, LIVE at the Gallery captures 2 nights in front of a packed house at Austin’s famous Continental Club Gallery on S Congress. Featuring long-time musical director for Ray Charles, Dr. James Polk on Hammond B3 organ as well as former Joey DeFrancesco band-mate Jake Langley on guitar, the band delivers a classic live jazz recording with an energy and enthusiasm that electrifies the audience. Building on their 17 month weekly residency at the club, where the crowds have grown as has the band’s intensity, Elias and company play inspired, no doubt driven by their passionate listeners, many of whom show up week after week to get recharged by the music.

Church on Monday, as the band and the Monday night residency is now called in Austin, started off 2014 by playing Alejandro Escovedo’s acclaimed United Sounds of Austin show produced at the ACL Moody Theater. The band shared the bill with Joe Ely, Lucinda Williams and others and “brought down the house” says Rolling Stone in their review of the show. Elias was profiled in the June 2013 issue of Downbeat for Church on Monday and the band’s first CD spent 11 weeks on the JazzWeek radio charts, climbing to #14 at its peak.
‘
Elias Haslanger has played and recorded with Ellis Marsalis, Maynard Ferguson, The Temptations, Asleep at the Wheel, Alejandro Escovedo and countless others. He has released 5 critically-acclaimed recordings as a leader which have been played on radio stations around the world and reviewed favorably in DownBeat, JazzTimes, Billboard, Cadence, Texas Monthly and the Austin Chronicle. He is an active performer performing over 150 shows a year at venues across the United States.

“Haslanger is now a major talent, both as a composer and instrumentalist whose future has almost unlimited potential and should be regarded in national terms.” -Michael Point, DownBeat

Over the span of his 25-year music career, native Texan and Austin resident Elias Haslanger has carved a unique and distinguished place in jazz history as a saxophonist, composer, and band leader, whose playing and writing has drawn comparisons to John Coltrane, Sonny Rollins, Ben Webster, and Wayne Shorter. ... more

Bandcamp Daily  your guide to the world of Bandcamp

Quelle Chris joins the show to discuss his most recent release, "DEATHFAME"